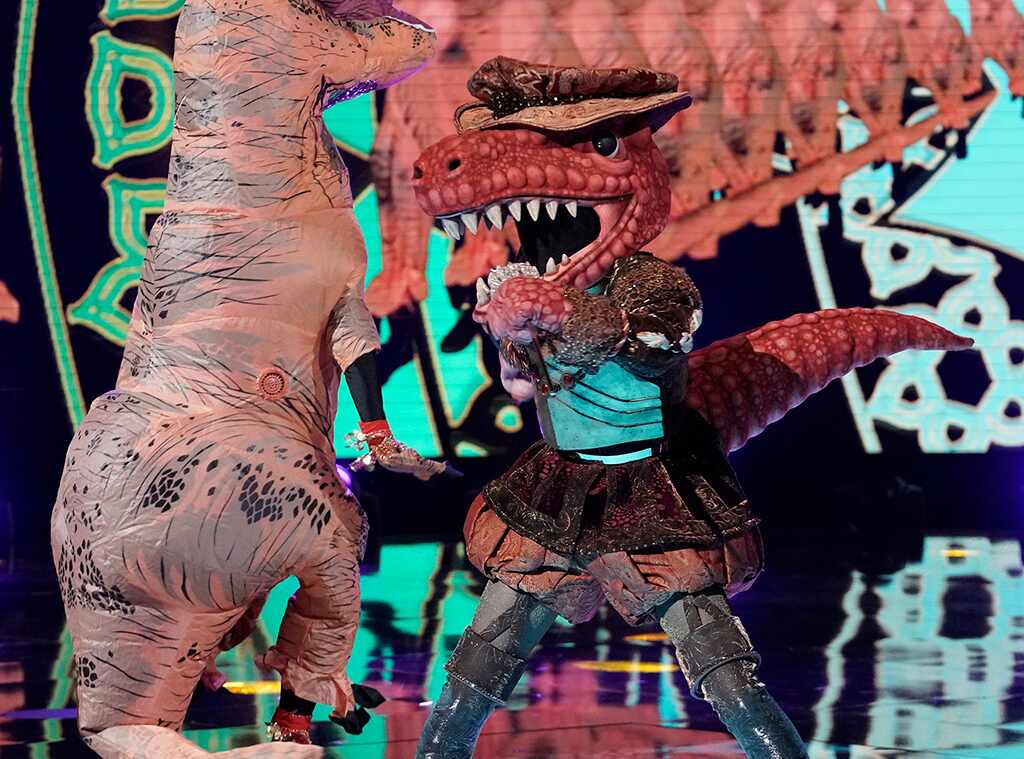 The Super Nine has been revealed, and one more singer has taken off her mask.

Tonight we saw the final four singers in Group C perform, and it was the T-Rex who lost in the end and had to reveal herself. She turned out to be Youtuber Jojo Siwa (just as we thought!), and it was sort of a bummer because apparently she had been staying up past midnight every night to practice and make sure her performances were perfect.

Once her mask was off, she revealed she put her world tour on pause just to be on The Masked Singer, and made Will Arnett feel bad because he didn't remember she attended the world premiere of The Lego Batman Movie in her poodle shoes, which explains the lego poodle she gave him.

T-Rex's departure means that the Astronaut, the Rhino, and the Night Angel are all moving on to the Super Nine, along with the Frog, the Kitty, the Banana, the White Tiger, the Turtle, and the Kangaroo.

You can keep up with all the reveals so far below!

The Masked Singer airs Wednesdays at 8 p.m. on Fox.