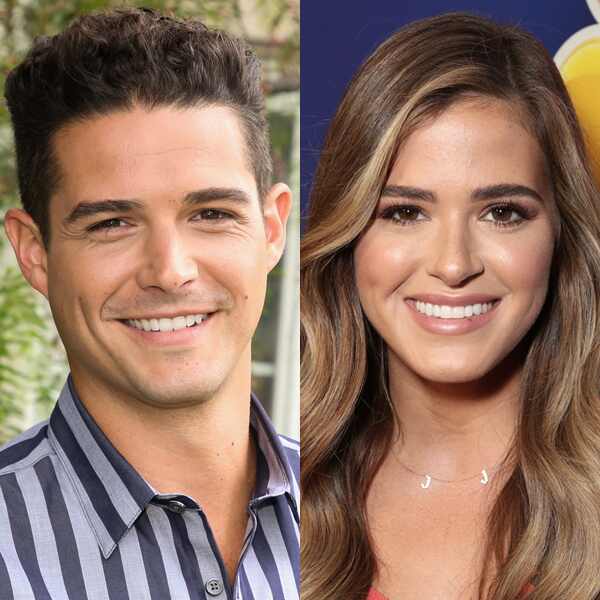 Every member of Bachelor Nation has a different road to Paradise.

When it comes to ABC's hit reality show franchise, many contestants come and go without making a big impression. For others, they leave such a positive mark that fans can't help but cheer them on for years and years to come.

For Wells Adams, he definitely falls into the latter category. Ever since appearing on The Bachelorette with JoJo Fletcher in 2016, the radio DJ has been a fan-favorite.

And for those wondering how the Bachelor in Paradise star's journey began, Wells is ready to tell all on E!'s digital series Just the Sip.

"I had just gotten broken up with and I was pretty beaten down. I got into a dark place like this is never going to work for me. Maybe this one will work and if it does, it will be a super dope story to tell," Wells recalled with E! News' Justin Sylvester exclusively. "At the time I was 31, it's time to bro up and find your forever person."

While he initially found himself auditioning thinking it could be a great bit for his radio career, he followed through with the process—including a STD test and 500-question psych evaluation—and found himself in the Bachelor mansion.

"I was always good at self-editing because I had the FCC breathing down my neck everyday [in my radio career] so I was able to go on that show and say what I wanted to say without saying the thing everyone wanted me to say and sounding stupid," he shared.  "[I would] say everyone's name before saying the funny or crazy thing so they couldn't edit it differently. I was smart enough about that to not look stupid on TV."

While he was attracted to JoJo and thought she was super cool, there were moments when Wells realized that he wouldn't receive the final rose.

"It became pretty evident that she liked other guys a lot more than myself," he shared. "Before that, I was like I think I'm just like her buddy...I think that I have a leg up over the other guys because I can hold a conversation better and then she was like, ‘We're just not that far along.'"

Ultimately, Wells was asked to be on Bachelor in Paradise soon after he was eliminated. Find out how he was approached to appear on the spin off by watching Just the Sip above.