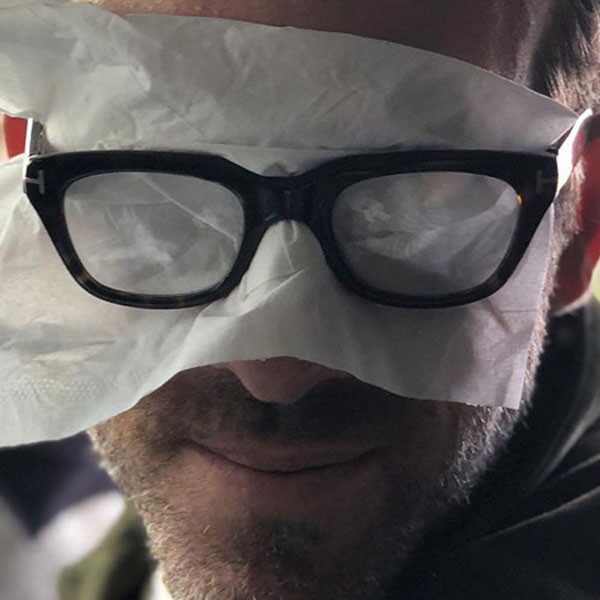 On Monday morning, Reynolds took to Instagram to share a photo of himself wearing a tissue mask. "Early prototype for the Green Lantern mask. People could tell it was an old tissue, so we went with a CGI version," he captioned the silly pic.

But social media couldn't help but notice how similar Reynolds' post was to Mr. Napkin Head from the 2006 movie, The Holiday.

One Instagram commenter wrote to the actor, "It's Mr. Napkin Head!" While another social media user commented, "You look like mr napkin head from the holiday."

For those who might not remember the iconic scene from the movie, Mr. Napkin Head appears during the first meeting between Amanda (Cameron Diaz) and Graham's (Law) two kids.

"Dad! Do Mr. Napkin Head!" Graham is told by his girls. "Amanda, you're gonna love this. It's so funny, I mean, you will fall off your chair it's so funny."

Graham then takes Amanda's napkin and places it on his face behind his glasses, similar to Reynolds' post with the tissue.

Take a look at the clip above to see Law's version of Mr. Napkin Head!