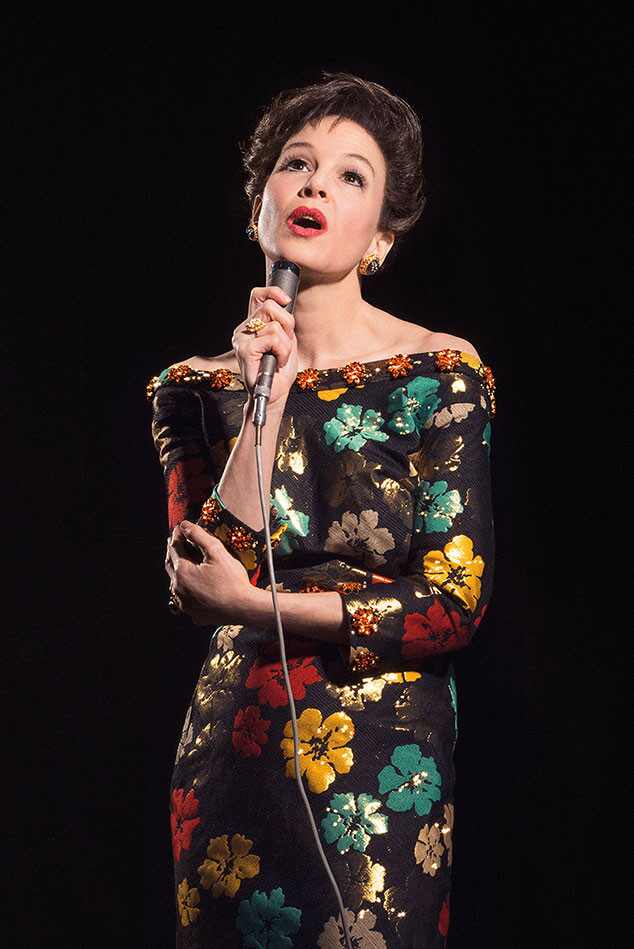 Renée Zellweger went somewhere over the rainbow and came back as Judy Garland.

The Oscar winner is slated to pop back up on the big screen in Judy as the eponymous late legend. While the film is still in the works, devoted fans are getting their first look at the transformed star thanks to this newly released photo of Zellweger in costume.

In the stunning shot, the actress captures Garland's essence as she strikes a pose—mic in hand—with the triple threat's facial expression and later haircut.

Directed by Rupert Goold and written by Tom Edge, the upcoming biopic will center on Garland's final concerts at The Talk of the Town nightclub in London in the late 1960s amid her deteriorating health and romance with her fifth and final husband, Mickey Deans, shortly before her death.

Zellweger is no stranger to the microphone. She famously sang and danced in the 2002 film adaptation of Chicago as lead Roxie Hart.

The actress ultimately won a Golden Globe for Best Actress in a Comedy or Musical and was nominated for an Academy Award.

In addition to Zellweger, Jessie Buckley, Finn Wittrock and Michael Gambon will also star in the film.

So, what do you think of this transformation? Let us know in the comments below!