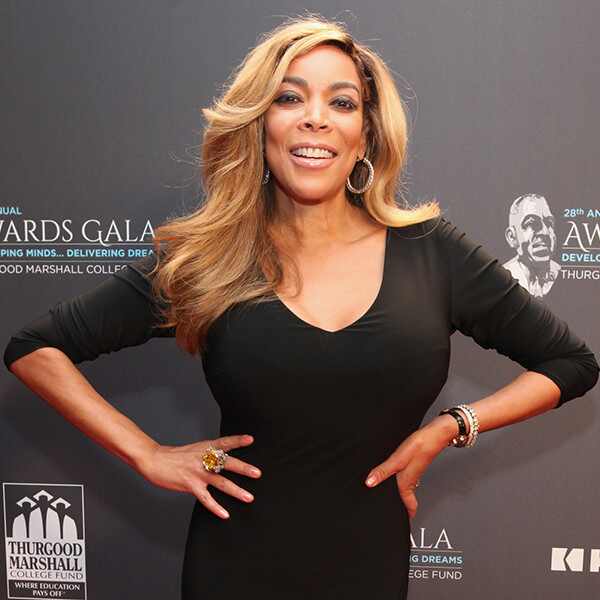 Wendy Williams has been off the air for three weeks—and now that she's back on TV, she has a lot to say. To promote her return to The Wendy Williams Show after her hyperthyroidism and graves disease diagnoses, Williams appeared on ABC's Good Morning America Monday, where she opened up to Amy Robach about why her hiatus was, it turns out, an essential wakeup call.

"I don't take sick days. In the entire almost 10 years of doing the show, I've never taken a sick day," she said. "Really, Amy, it was a perfect storm—a perfect storm that had been brewing, I have to say, internally, knowing my body, since late July." During her Halloween episode, for example, Williams fainted on camera—something she now thinks could have been related to her illnesses. "I had missed three doctors appointments with my endocrinologist; he's the one who handles the thyroid and the Graves," she said. At the time, she recalled thinking, "I'm functioning OK. I'm feeling a little weird, but I'll get through it." When the host finally made time to see her doctor in February, "That's when I found out, 'Whoa! Your levels are way off.'"

Upon hearing her test results, Williams said, "I cried. And then I laughed. 'Are you out of your mind? It's sweeps!'" In response, Williams said her doctor told her, "Do you wanna be swept?"

Williams was nervous to take time off work, but ultimately, it was the right call. "It turns out it was the best prescription ever, because I met a great team. They gave me a full workup. I found out I was very deficient in vitamin D. my internist told me I am, if not the worst case of vitamin D deficiency that she's seen in her career. I have vertigo, which I've had all my life, and that was affecting my equilibrium," she said. "It was just a mess going on inside my body. But I'm saved!"

Williams is happy to share her story with viewers, but she does not want their pity. "If there's one thing that I could request from my Wendy watchers: Please don't ask me how I feel. When I see you in the grocery store, when I see you in the streets, please don't ask me how I feel with the woo-woo-woo and the puppy eyes. Because then I'm going to snap: 'How do you feel?' You know? I'm not that girl. I'm Wendy. Come on, now!" she said. "Come on! Throw your dubs up!" Instead, she wants fans to recite her catchphrase—"How you doin'?"—"so I could say, 'Alright.'"