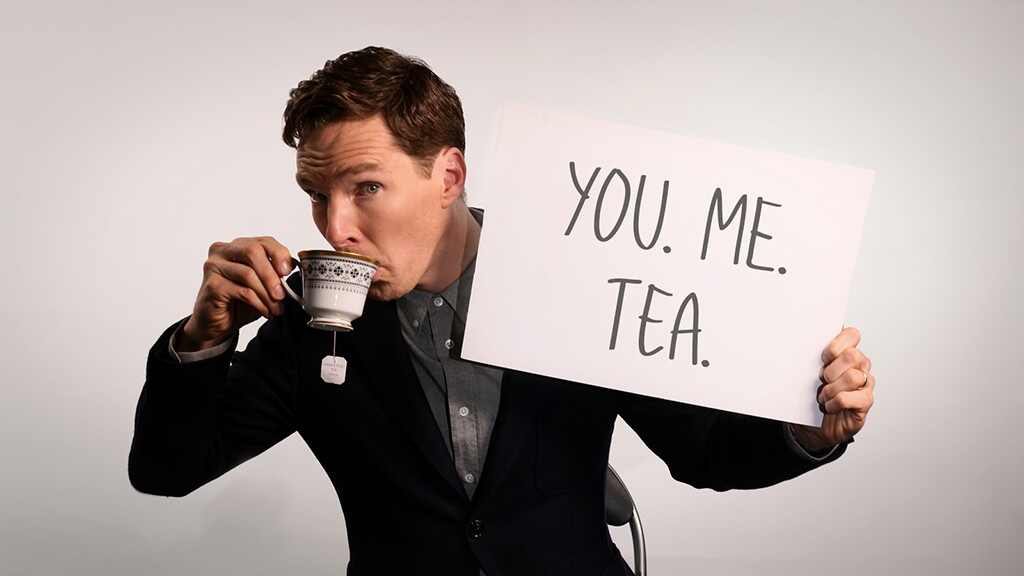 It's hard to ascertain which is hotter—Benedict Cumberbatch or his tea.

Following his dramatic performance of "I'm a Little Teapot" last month, the British actor has agreed to share the secret to making the perfect cup of tea—and only E! News has fans' first look at his latest Omaze spot. "The trick to making a truly perfect cup of tea is to coax out the tea's natural essence and subtle flavors by ever so gently vocalizing your desire," he says, explaining that it's important to make the tea "feel comfortable" let it "steep in your passion."

"That's it, darling. Take your time. There's no rush. It's just you and me—here, together," the actor tells his cup, speaking in a sexy whisper. "You're perfect. You're radiant. I must have you!"

Cumberbatch isn't getting worked up over just tea, of course. He's excited about his Omaze campaign, where one winner and a guest will be flown to L.A. and put up in a 4-star hotel, then drink tea and snap selfies with the actor—and hit up the Avengers: Infinity War world premiere.

Donations made to Cumberbatch's Omaze campaign will benefit the GEANCO foundation, focusing on education and health in Nigeria. "Their mission is to save and transform the lives of the poor and vulnerable in Africa," he previously said. "They're a charity very dear to my heart."

Contributing as little as $10 unlocks 100 chances to win the grand prize; donating more gives fans extra entries and unlocks exclusive merchandise. Since the campaign began, some of the bonuses, including autographed Doctor Strange comic books and DVDs, have already sold out.