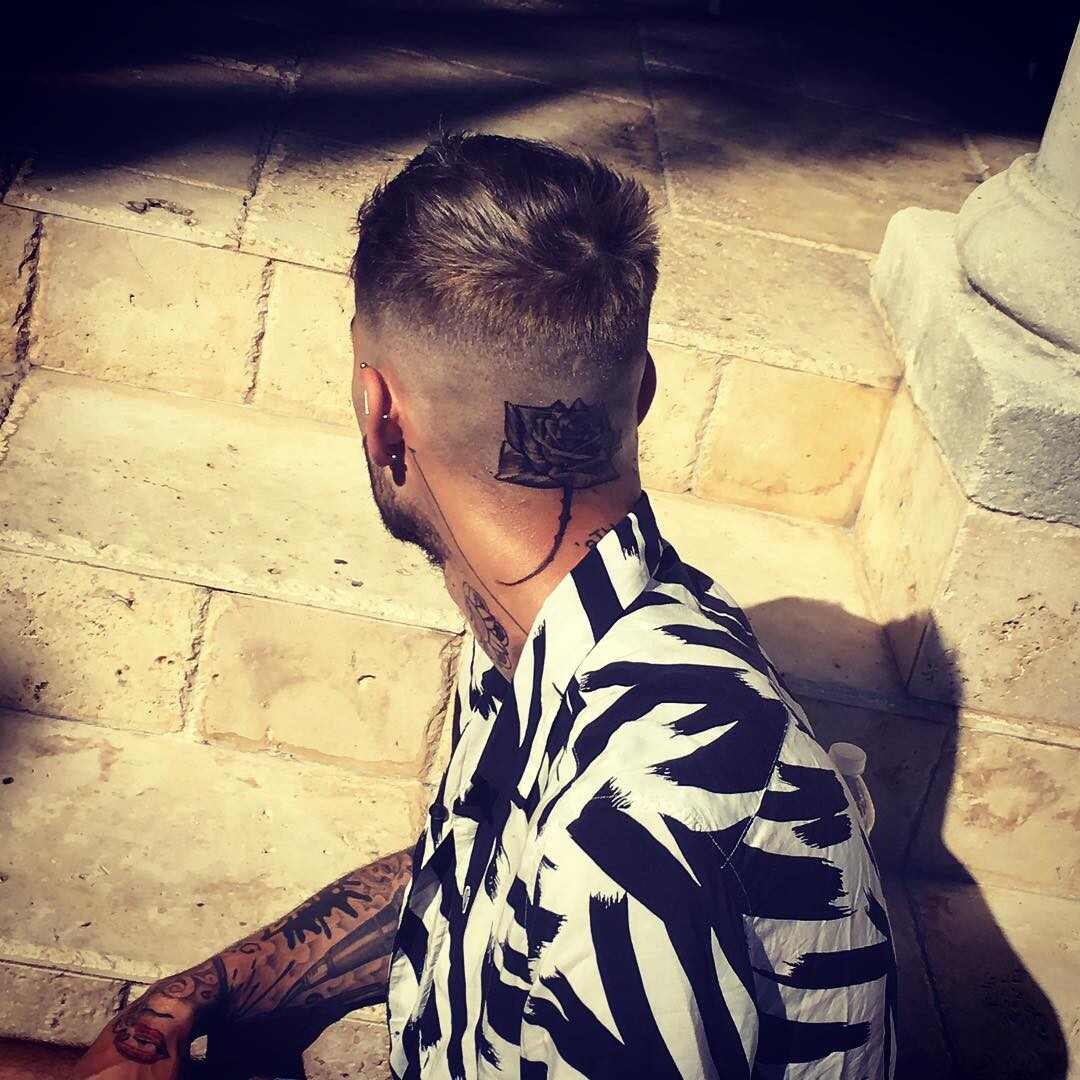 Every rose has its thorn, and every breakup inspires a new tattoo?

Apparently so for Zayn Malik, who seems to have unveiled some fresh new ink just days after announcing his split from Gigi Hadid. The British singer took to Instagram on Friday with a photo of the large tattoo—a black and white rose with a thorny stem that extends from the back of his skull around his neck.

Zayn still appears to be on his post-breakup getaway in Miami, where he was photographed yesterday. Meanwhile, Hadid has resurfaced in New York City apartment.

The lovebirds two-year relationship came to an end over what a source described to E! News as a difference in lifestyles.

"They were just going in different directions," a source shared. "Her job requires her to be in the public eye—the more she's out there, the more she shares, the more work she gets."

"Toward the end it just wasn't meshing like it used to," the insider added. "There weren't big arguments, but there was frustration on both sides."

A second source said that despite the "ton of love" they have for one another, "Being in a serious relationship just wasn't practical."

Are you a fan of Zayn's new ink? Let us know in the comments!