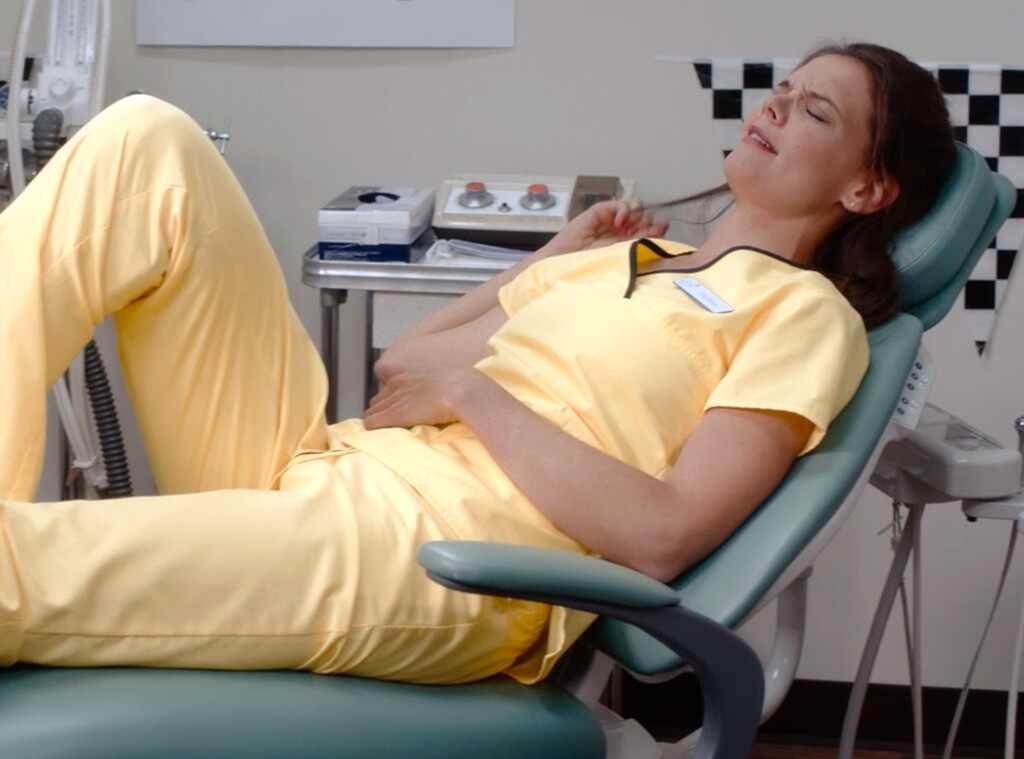 And if that's the sort of thing you're into, E! News has an exclusive clip of their onscreen affair from the offbeat comedy also starring Michael Caine, Jason Biggs and Odeya Rush.

Green plays Holmes' married boss in Dear Dictator, and he admits his wife isn't as adventurous in the bedroom as he'd like. "Patty won't let me do this for her. She thinks it's strange," the actor says, to which Katie's character responds, "She's strange!"

As an uprising against Vincent threatens his rule, he flees to Tatiana's suburban home for safety. From there, the duo embark on an unlikely friendship that could end very, very badly.

Press play on the clip above and check out Dear Dictator in theaters now.