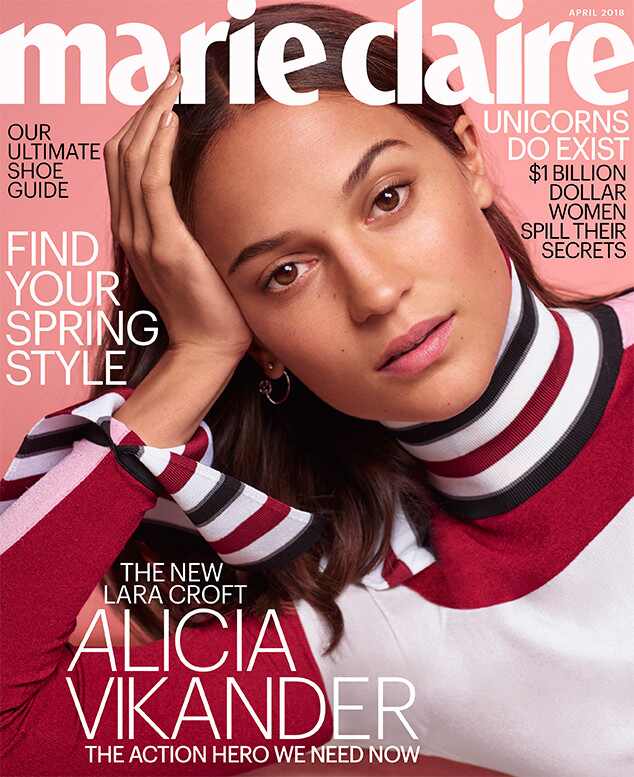 While Alicia Vikander's wedding to Michael Fassbender was a surprise to fans, the actress herself was kept in the dark regarding her own bachelorette party...and likely got quite the shock!

The star of the new Tomb Raider reboot married the X-Men star in Ibiza in October after dating for three years. They had never announced an engagement. Before their wedding, Vikander attended Paris Fashion Week. There, her friends staged a covert mission to get her to her bachelorette party.

"I was there for the Louis Vuitton show and suddenly got a text that says, 'Go out. We need you right now.' They kidnapped me for 24 hours!" Vikander told Marie Claire in comments posted online on Friday and in its April 2018 issue, which features the actress on the cover.

Vikander and Fassbender are both notoriously private. When asked about life with her husband, the actress told Marie Claire, "I'm a big romantic, and I always have been."

She also talked about her role of Lara Croft in the Tomb Raider reboot.

"We wanted to base most of the action in reality," Vikander said. "She's a girl my size having to become a survivor and overcome a lot of obstacles, and I wanted it to be believable that she could do it. All the action scenes when I had to fight with a man bigger than me—we had to figure out how I could actually kick his ass. I wanted to show young girls that it's cool to be a girl who's really strong and that watching her, you feel like OK, she might be able to climb that wall. She might be able to lift her own weight."

Tomb Raider was released in theaters on Friday.