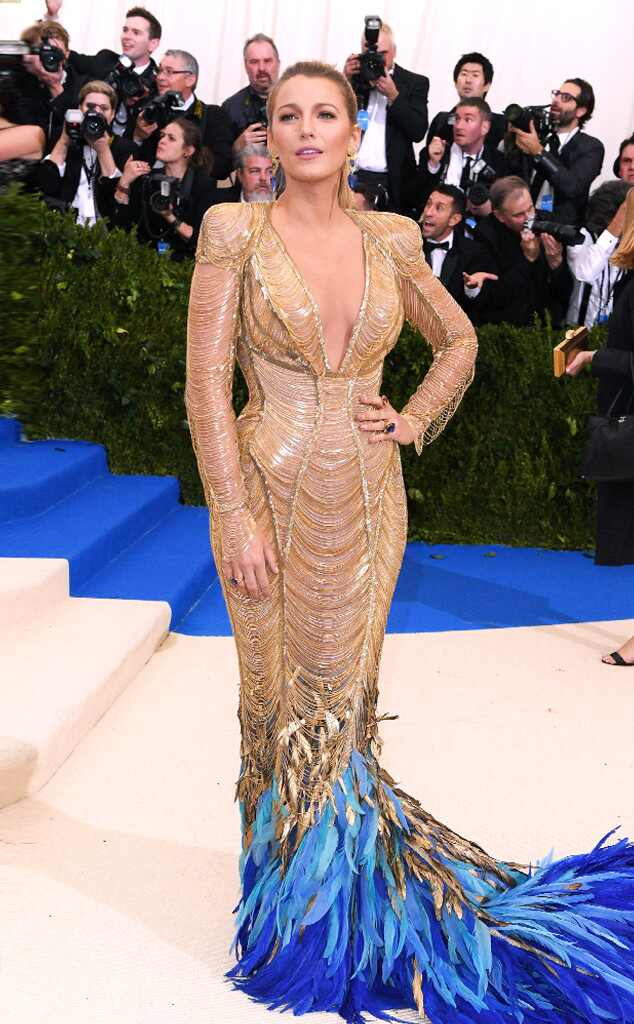 A lot of work goes into dressing Blake Lively for the Met Gala. This year, it's 600 hours worth...and counting.

The beloved actress and emerging style icon has been a staple on the Met Gala red carpet for nearly a decade, having made her debut in 2008 in a Ralph Lauren feathered strapless black gown. Devoted fans and followers have waited with bated breath for the star to arrive onto the iconic steps of the Metropolitan Museum of Art ever since.

While it's still very much unknown what kind of look Lively will don at this year's soirée—the theme is "Heavenly Bodies: Fashion and the Catholic Imagination"—she has offered a telling detail about the preparation.

"This year's may be my favorite dress ever," the actress told Vogue at Barneys pop-up event for Tod's. "They've already worked on it for 600 hours, and it's not done."

One potential reason why? There's beading involved. As the star told Vogue of jewelry designer and personal friend Lorraine Schwartz, "She's looking at the beading of my dress and designing a piece based on that."

As for the shoes, she's turning to longtime love Christian Louboutin. "I just sent Lorraine Schwartz and Christian Louboutin my dress, and said, ‘Ok let's do something special,'" the star, who styles herself, told Women's Wear Daily. "They're making something custom for it. So it's kind of nice, because I have a bunch of artists around me who I have direct relationships with."

In past years, Lively has made sartorial splashes in a champagne beaded design and a black and white number with an elaborate tiered train—both by Gucci—as well as a strapless Burberry gown with a floral-accented cape. Most recently, she stepped out last year in perhaps her most memorable Met look to date—a gold Atelier Versace curve-hugging dress topped off with a blue and turquoise feathered train.

Needless to say, when it comes to dressing for the Met Gala—or anything at all, really—this star has it all figured out. Now, let the countdown begin to the first Monday in May!