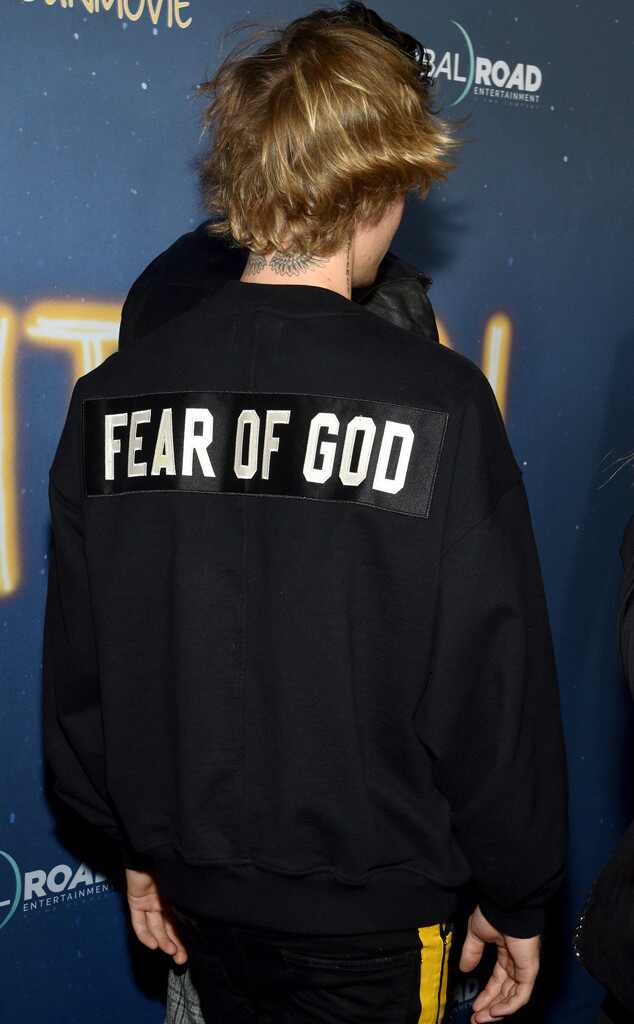 Justin Bieber attended the premiere of Midnight Sun on Thursday to support his friend Patrick Schwarzenegger—and he brought the "Fear of God" with him.

The 24-year-old singer showed up to the event at the ArcLight Hollywood Theater in Los Angeles wearing a black sweatshirt that read "Fear of God" on the back. The sweatshirt costs $595 and is from the Fear of God brand. He also wore black pants with a yellow stripe down the side.

The 24-year-old actor was clearly happy the "Sorry" singer came.

"He's such a great guy," Schwarzenegger told Entertainment Tonight. "I'm just really blessed to call him a friend, he's a really great guy… I'm really happy he came to support me and I'll support him throughout his life."

However, these two weren't the only celebrities at the big event. Schwarzenegger's mom Maria Shriver was also there as were his co-stars Bella Thorne and Rob Riggle.

Bieber has shared certain aspects of his spirituality before. He's posted quotes about his faith on Instagram and has been seen attending church with Selena Gomez.

While Bieber has attended recent public events—he was just photographed at the 2018 NBA All-Star Celebrity Game in February—he doesn't make a lot of formal red carpet appearances. So, this was a rare sighting. In fact, he hasn't made one since 2016.