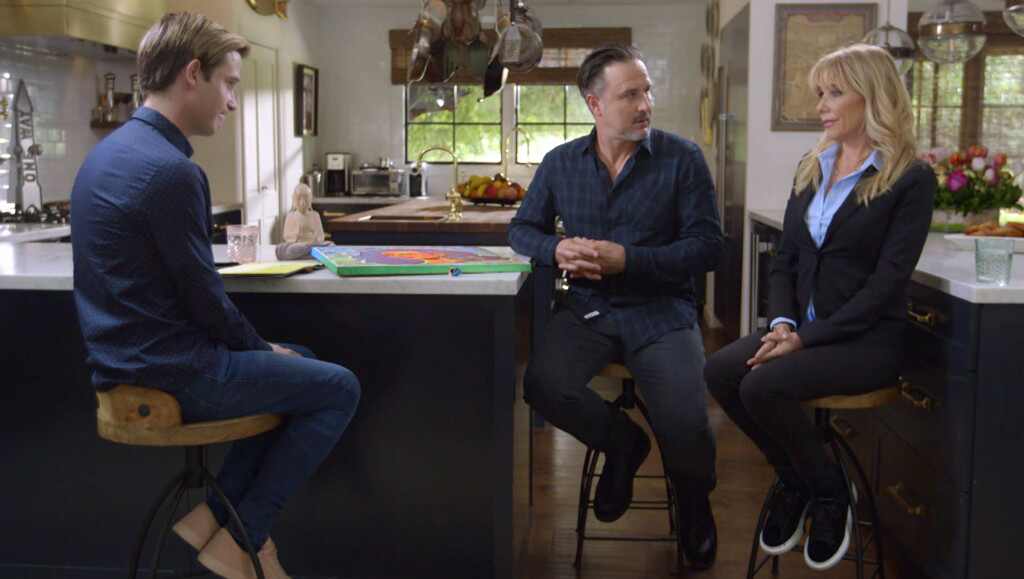 "For some reason they're having me talk about like four kids, four siblings, like the four situation," Tyler says. "So, anybody know where the four would be within the family?"

"There are four of us," David says with a chuckle.

And it seems like they were a strong foursome, because that's where the spirits are placing Tyler's focus.

"There's really a priority about wanting to refer to the siblings and talking about the siblings. And it's just like, that's where all the focus is," Tyler explains.

It's not long before Tyler picks up on Alexis' energy and her trailblazing past.

"There's a feeling of like, ‘I wish I could stick around longer because now like, this is when I would start having opportunities,'" Tyler adds.

That sentiment immediately clicks with David and Rosanna.

"We had a sibling that passed away a year ago yesterday. Alexis, who was our transgender sister," Rosanna reveals. "Alexis came out 20-years ago and was the famous person who was a boy who wanted to be a girl and was a pioneer. I think it was sad because it's more accepted now and Alexis would be doing such incredible work."

Despite Alexis' untimely passing, the medium says "there's a feeling of acceptance."

"The feeling with this is really like very much so wanting it to be known, ‘There's a sense of peace before I pass.' And a knowingness around this of, ‘I'm okay, I'm fine. I knew, I knew, I knew and I'm okay,'" Tyler says.

See the touching moment in the clip above.