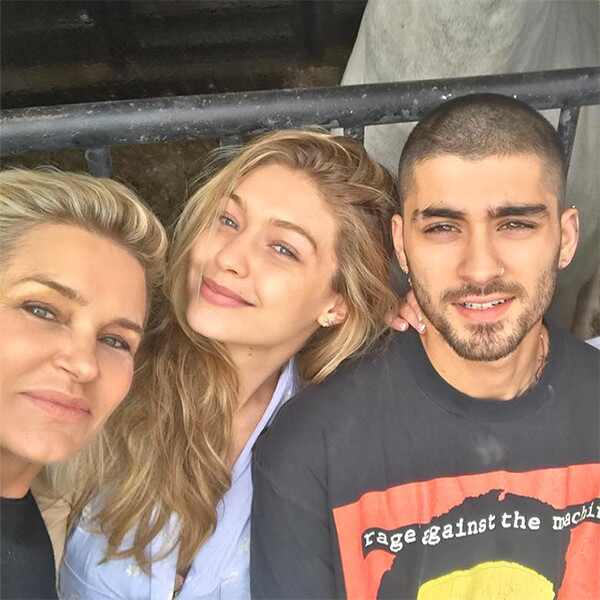 Zayn Malik is pressing the unfollow bottom after his big split.

Soon after news broke that the "Pillowtalk" singer and Gigi Hadid broke up after two years of dating, fans noticed one big thing on Instagram.

Zayn no longer follows both his ex-girlfriend and her mom Yolanda Hadid.

The realization comes after the former couple announced on social media that they had ended their romantic relationship.

"Gigi and I had an incredibly meaningful, loving and fun relationship and I have a huge amount of respect and adoration for Gigi as a woman and a friend. She has such an incredible soul," Zayn shared in a note posted earlier today. "I'm grateful to all of our fans for respecting this difficult decision and our privacy at this time. We wish this news would have come from us first. We love you all."

Gigi added, "Breakup statements often seem impersonal because there is really no way to put into words what two people experience together over a few years..not only in a relationship but in life in general. I'm forever grateful for the love, time and life lessons Z and I shared. I want nothing but the best for him and will continue to support him as a friend that I have immense respect and love for. As for the future, whatever's meant to be will always be. x G."

While fans knew all about Zayn and Gigi's love for one another, the former One Direction member also had a special relationship with Yolanda.

The former Real Housewives of Beverly Hills star would post photos of Zayn on her social media and express how proud she was of his accomplishments.

Yolanda also acknowledged that her eldest daughter was always happy when she was with him. "Happiness is seeing your kids happy and realizing they turned out to be really good and genuine people," she wrote in a recent post.  "#Family #Love."

As for what's next for this young pair, Gigi remains focused on modeling while Zayn recently teased new music is on the horizon.

"Albums been done," he commented in a recent Instagram post. "Just working on my videos ladies calm it, calm it."