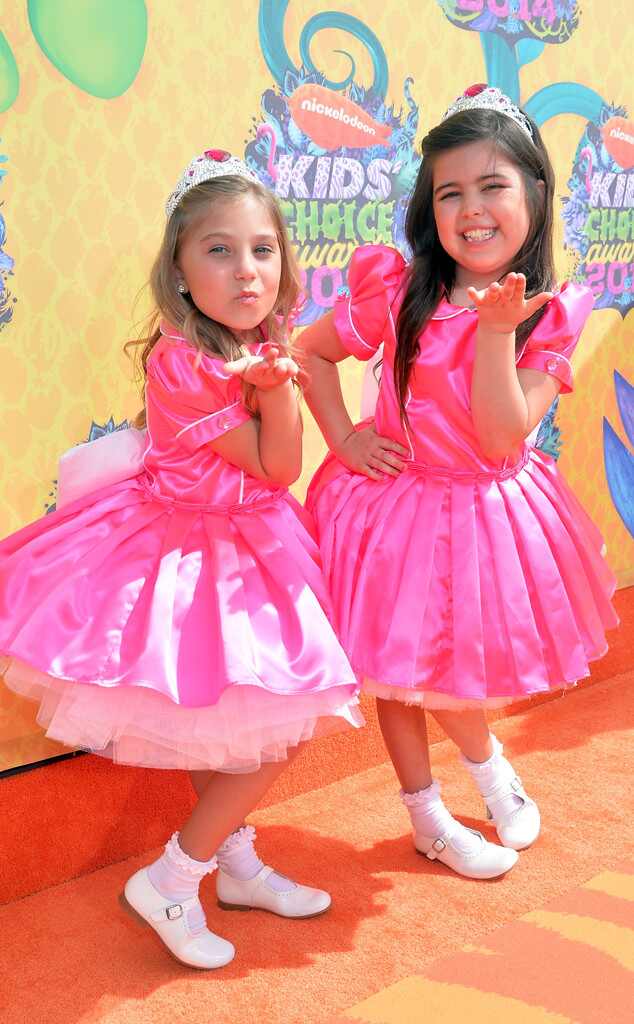 Sophia Grace is all grown up!

The "Why U Mad?" singer sat down for an exclusive interview with E! News where she dished on everything from her cousin Rosie to Ariana Grande to Keeping Up with the Kardashians star, Kylie Jenner.

"We're cousins, but we're kind of like sisters," Sophia said of Rosie while chatting with Erin Lim. "We're really close and we speak to each other every day."

Fans may remember Sophia and Rosie from their appearances on The Ellen DeGeneres Show where they served as red carpet reporters. They also famously covered Nicki Minaj's "Super Bass" that has more than 53 million views online.

Sophia continued, "I guess [Rosie and I] could do some collabs in the future, I do think it'd be really fun. When we were younger, we always used to make really weird stuff on iMovie on my phone, but I feel like people would love to see that. I don't know where those videos are now, but one day they might come out somewhere."

And while on the topic of Rosie, Sophia revealed that she and her cousin have retired their infamous pink dresses…for now.

"I mean, I don't know," she told Erin when asked if she'd ever wear it again. "I guess I'm older now. Maybe Halloween I could be myself. Me and Rosie could be ourselves for Halloween. How have I never thought of that before? I'm going to do that this year!"

As for the celebrities she looks up to, Sophia was quick to share her answer.

"I think Ariana Grande is a great person to look up to," she revealed. "She's multi-talented and she can sing, dance and act, so she really inspires me to be who I am."

And regarding her favorite person to follow on social media? Non-other than the queen of lip kits, of course.

"Kylie Jenner," she gushed. "How could she not be your favorite person?"