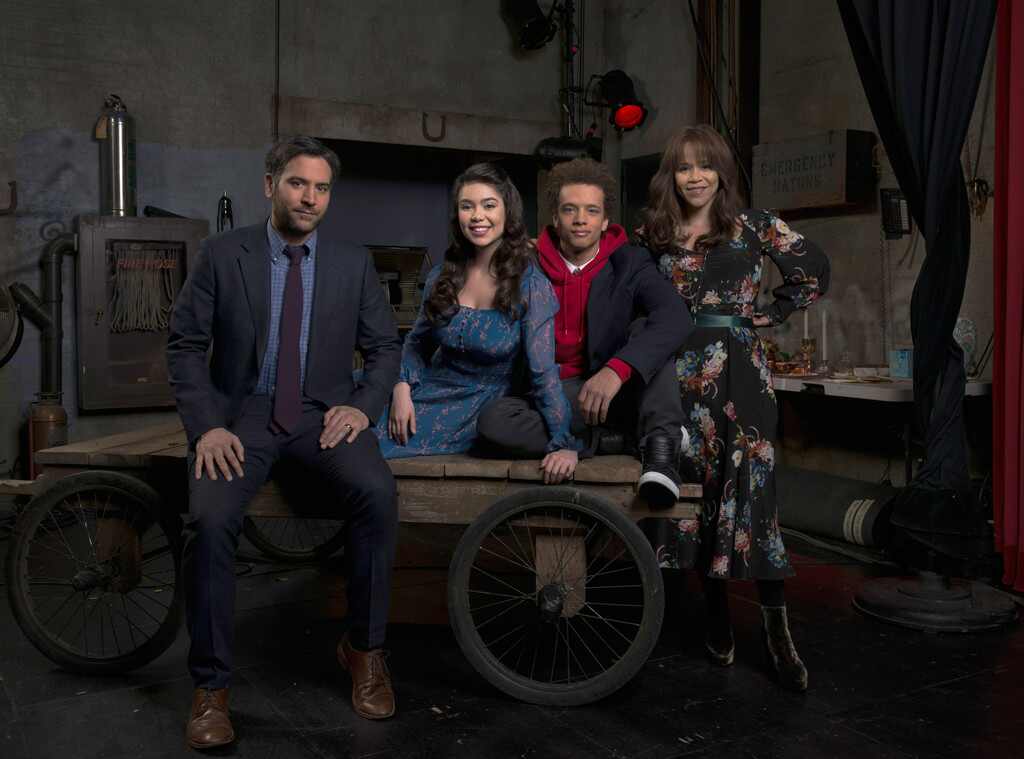 Rise may be debuting immediately after the highly-anticipated This Is Us season two finale, but next week, the new drama takes the beloved hit's spot in NBC's line-up. And for some of its cast, the prospect of filling in for the Pearson clan is, well, daunting.

E! News caught up with the stars of Friday Night Lights creator Jason Katims' new series, which tells the story of high school teacher Lou Mazzuchelli as he takes over his school's lackluster theater department, ahead of the musical drama's premiere, and newcomer Damon J. Gillespie, who plays football star with an undeniable musical talent Robbie Thorne, admitted that he's feeling the pressure.

"Because This Is Us is a smash hit. Everybody loves that show," he said. "For me, I'm honored and excited. But it also is like, there's kind of some pressure there. That's some huge shoes to fill. I think we're honored, but there is a little bit of pressure. We have to kind of live up to those standards, and I believe we can. I think we can do that."

The more seasoned stars, How I Met Your Mother's Josh Radnor, who stars as Lou, and icon Rosie Perez, making her TV series regular debut as Lou's assistant director Tracey Wolfe, however, see the time slot as nothing but a major vote of confidence from the network.

"Absolutely. I felt the network's confidence in it early on," Perez said. "Just their emotional response to just the pilot gave me the confidence they were behind this 100 percent. And then when you do certain press junkets and you have the president of NBC tagging along, that speaks volumes, you know? So it's really a special, special gig here."

"There's a couple elements to making a TV show. You want it to be good and the people who are sending it out into the world, you want them to also think it's good," Radnor added. "And when both of those things are on the same page, it works a lot better."

So no pressure at all? "I think it takes off a lot of pressure, actually," Radnor said. "I mean, we'll see what happens. We at least know that they've done a lot to raise visibility about the show, awareness."

When asked what might surprise us most about the young actors Katims has assembled to play the students at Stanton High, Perez couldn't help but gush about their musical talent, particularly that of Moana star Auli'i Cravalho, who stars Lilette Suarez. "They can sing their butts off. They got some talent, baby. I mean, I'm telling you, I was like, 'Wow, man.' I told Auli'i, 'If I could sing like you, you wouldn't be able to talk to me.' I mean, she's so talented, it's crazy. And so [are] all the other kids. I mean, Damon, Ted [Sutherland], Amy [Forsyth]...Shannon [Purser]. They all are just bursting with all of this talent and their vocal ability is just going to stun and shock everyone."

"I also love, sometimes when I watch behind the monitor with them filming something with the kids, I'd be like, 'Everywhere the camera lands is an interesting face,'" Radnor added. "Jason's so good about assembling that kind of cast. Every one of those kids is kind of fascinating to look at."

But beyond the introduction of some truly talented newcomers, Radnor and Perez are overjoyed at the opportunity to participate in a series that shines a light on the importance of arts in schools.

"I think that's what I'm most excited about," Perez said. "You know, I have a charity that I co-founded and we've been in existence for 25 years. It's arts ed. that we provide to Title I public schools, so this is a beautiful blessing for me. I know a lot of my friends who are political activists are going to be very, very pleased."

"I just love the world we've created," Radnor added. "I started acting in a public high school drama program, so this show is just very dear to me."

For more from the stars, including Radnor and Perez's very funny back-and-forth on one-word descriptions for the show, be sure to check out the videos above!

Rise premieres Tuesday, March 13 at 10 p.m. before settling into its regular time slot (Tuesdays at 9 p.m.) the following week on NBC.