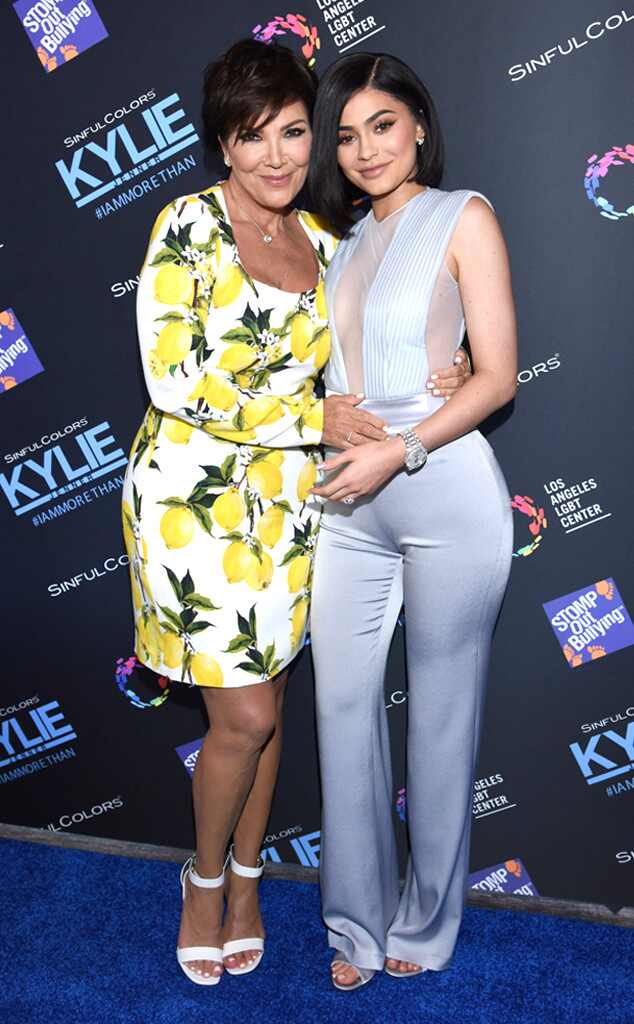 During a radio interview with Australian radio show Kyle and Jackie O., 106.5 radio host Kyle Sandilands got straight to the point with the Keeping Up With the Kardashians matriarch Kris Jenner about rumors that Kylie Jenner's ex-boyfriend Tyga was the real father to daughter Stormi Webster, whose dad is rapper Travis Scott.

"Tyga was chiming in saying maybe it was his baby" said Kyle during the interview.

Kris was quick to brush off the comment, "Oh no, no no. I think that was just a bunch of silly rumors as usual."

Of the fake news, the 62-year--old added,  "Yeah you guys know better than that."

Tyga famously dated Kylie on and off since October 2014, before officially splitting in April 2017.

Kylie and Travis first sparked romance rumors at Coachella 2017. Soon after, the pair attended Houston Rockets game together on April 27, 2017.

As for the Kardashian baby boom, Kris was quick to gush over the growing family during her radio interview.

At another point, Kyle joked about the recent barrage of Kardashian-Jenner babies, "They're just popping them out left, right and center."

"It is such an exciting time. It really is," said Kris. "So many blessings and so many grandchildren."

After Khloe gives birth to her baby girl, Kris will be a grandmother to nine grandchildren, including daughter Kourtney Kardashian's three children, Reign, Penelope and Mason.

"I am officially outnumbered," said the grandmama.