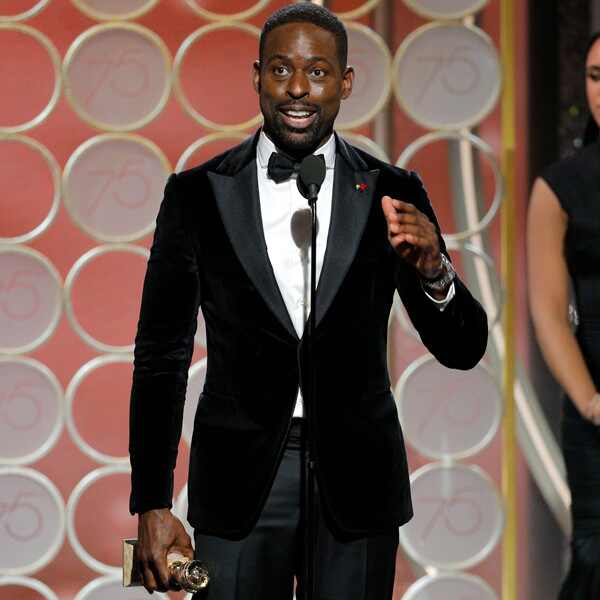 It's only March, but Sterling K. Brown has been having a pretty incredible 2018 so far.

The actor kicked off the year by making history at the 2018 Golden Globes in January. Sterling won the award for Best Actor in a TV Drama at the ceremony for his work in This Is Us, becoming the first African-American male actor to win in his category ever.

And later that same month, the 41-year-old made history again when he won the award for Outstanding Performance by a Male Actor in a Drama Series at the 2018 SAG Awards for This Is Us.

"What a blessing it is to do what you love for a living. What an honor it is to be recognized by your peers for a job well done," Sterling said in his acceptance speech. "This room is a source of endless inspiration for me. I love all of y'all. People call us weird and strange. The truth of the matter is, everybody is weird and strange and we just embrace ourselves for who we are."

Just weeks later, Sterling appeared in the movie Black Panther, which continues to dominate at the box office. And in addition to all of his achievements so far this year, Sterling is set to host Saturday Night Live tonight!

The actor has been sharing his excitement over his hosting duties on social media this week. "My love for @nbcsnl is REAL and HEALTHY. See you Saturday!!!! #SKBSNL," he tweeted on Friday along with a SNL promo.

On Thursday, Sterling appeared on The Tonight Show and talked to Jimmy Fallon about how "in awe" he is of the SNL team.

Take a look at the video above to see Sterling talk about preparing to host the show!

Be sure to check out Sterling on SNL tonight and you can watch the season finale of This Is Us this Tuesday, March 13 on NBC!