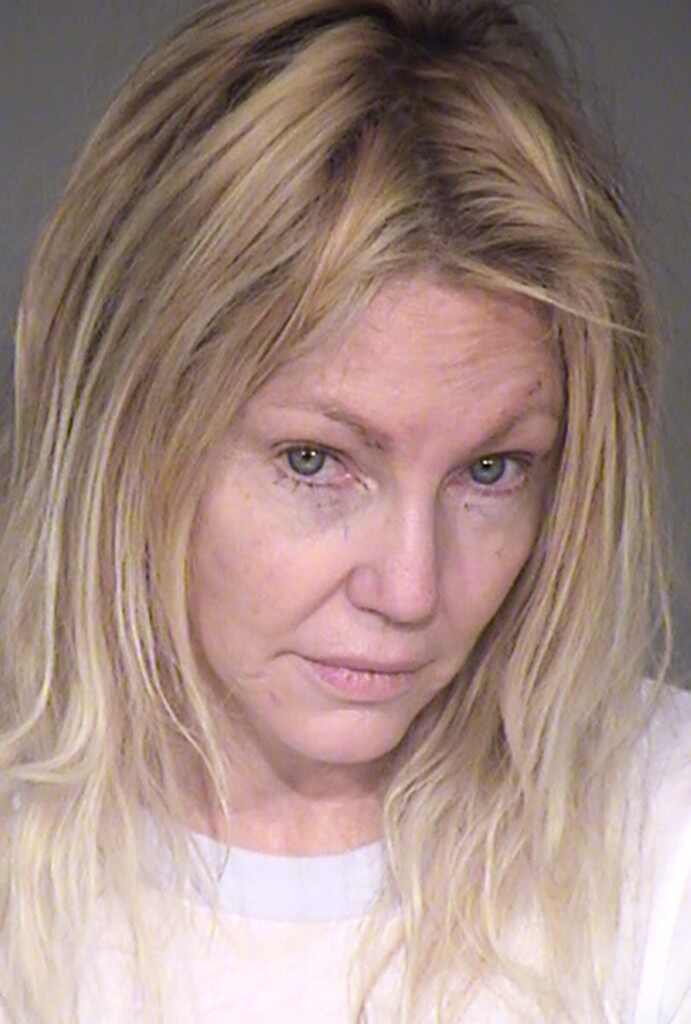 UPDATE: Heather Locklear has been banned from owning a firearm while out on bail, E! News has learned.

Eric Buschow, a spokesperson for the Ventura County Sheriffs Department, confirms to E! News that authorities searched her home last week and the firearm registered to Heather was not found.

"Detectives searched her house, she was not there and they did not find the gun," he shares. "They were there maybe two hours... We know [the gun] is not at the house... That aspect of it still part of an ongoing investigation."

Heather Locklear is getting the help she needs.

The Melrose Place actress has checked into a treatment facility, E! News has learned. The development comes a week after Locklear was arrested for felony domestic violence after her boyfriend, Chris Heisser, placed a domestic disturbance call to authorities.

The City of Thousand Oaks Police Department also tells E! News detectives executed a search at Locklear's home on Tuesday. The warrant was obtained in response to "specific threats" the celebrity made during the arrest. According to a statement, "Locklear told deputies she would shoot them if they ever came to her house again."

Authorities were unable to locate and seize the firearm, which is registered in her name.

At the time of Locklear's arrest, a police spokesperson told E! News in a statement she was "uncooperative" and "battered" the responding deputies. The 56-year-old claimed she had been "battered or injured" prior to their arrival, and was later transported to a hospital for evaluation "out of an abundance of caution."

Last year, when reports surfaced that Locklear had entered rehab for a fifth time, she told E! News, "I am feeling great and am taking steps to enrich and better my life. Currently I am working on tying up some loose ends regarding certain issues so I can hit 2017 full steam ahead."

E! News has reached out to her rep for comment.

TMZ was first to report the news.